Cranfield Aerospace Limited (CAe) is a wholly owned subsidiary of Cranfield University and is responsible
for rapid innovation and de-risking of product solutions for meeting some of the most challenging issues facing the aerospace industry today. With over 40 years expertise in aviation safety systems, the
company provides a comprehensive range of services for manned and unmanned airborne systems.

CAe were looking for a new supplier to help them design and build ejector seats. With 65 years’ experience in prototyping and model-building, as well as being based close to Cranfield, Ogle Models + Prototypes were a logical choice. In addition, with the two companies only 25 miles apart communication and logistics were made much easier.

The seats will be used to provide Indian Navy and Air Force Hawk pilots with high fidelity replica seats within a simulation environment. The seats include motion cueing technology which utilises acceleration data obtained from the simulation physics model to impart acceleration (kineasthetic) cues as well as skin pressure (somatic) cues to give the pilot the feeling of self motion. In order to achieve this, it is necessary to potion a series of mechanical modules hidden within the seat survival pack and gun rails.

The seat was modelled to look and feel as close to the real thing as possible.

CAe supplied data and drawings, allowing Ogle Models and Prototypes to begin planning which components needed to be created from scratch, which could be supplied from new and which had to be reclaimed from scrapped seats. Once this was done, Ogle Models + Prototypes then had to plan the order in which each of the components were needed to allow a methodical assembly of the frame and seat.

Once the planning stage was completed, seat cushion and back moulds were CNC machined directly from ureol model board before being created in GRP. The main frame was built and working mechanisms, micro switches and components gradually installed and tested to make sure that they each worked as intended.

CAe worked closely with Ogle Models + Prototypes throughout the project, making periodic visits to Ogle Models’ Letchworth offices to check that the project was on target and to CAe’s high quality standards.

After finalising the seat models and frames, the entire unit was taken apart and all of the components finished to the required specification before the final assembly. Once the seat was assembled for the final time, the normal labels that would appear on a production seat were applied to make the seat look as realistic as possible. The seat was modelled to look and feel as close to the real thing as possible. 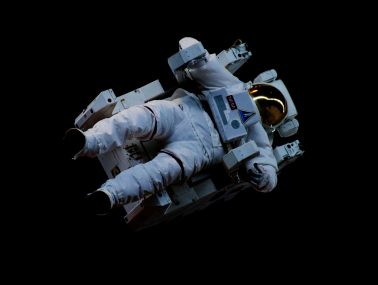 From the building of large lunar bases to creating tiny…

You may have recently seen our completed project, ExoMars, for…