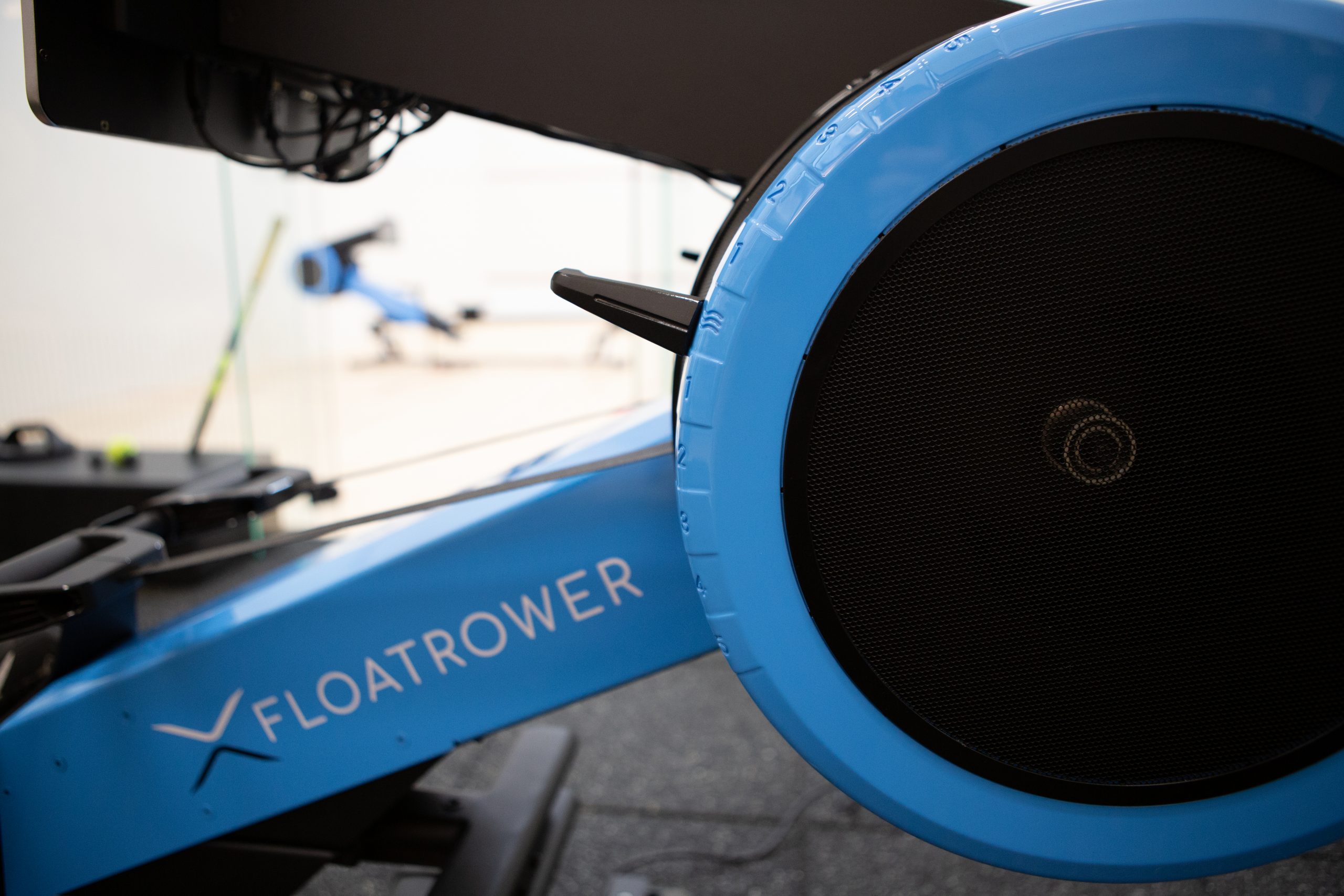 Entrepreneur Anthony Hamilton, and rowing coach and designer Benn Klewpatinond, decided they wanted to open up the sport and help it to become more inclusive. Working with a team, they developed a concept to allow people to experience water rowing without ever having to be near water.

They now needed help making it a reality, which is when Ogle became involved.

Anthony Hamilton is hoping to make a big splash with his innovative rowing machine that could leave regular apparatus trailing in its wake. FloatRower™, developed alongside rowing coach and long-time oarsman Benn Klewpatinond, is designed to not only train the whole body in the movement of the rowing stroke, but also to recreate the motion of the boat on water, enabling the user to receive the full rowing experience without leaving their house.

It simulates the feeling of the boat deflecting down into the water, and the roll, forcing users to maintain balance as if they were actually on a river. FloatRower™ will also be an asset for experienced rowers, even the most elite, by unlocking the ability to analyse even more data about their performance, while allowing them to train for all the physical and mental aspects of water rowing. But the team hopes it will help make the sport more inclusive, breaking down the stereotypes, as well as educating people about the health benefits of the sport.

The FloatRower™ team wanted a short batch run of high-quality prototypes that could be tested by rowers and gym-goers, before they committed to the production of tooling and parts. The components, created by Ogle, needed to be not only aesthetic, but also functional and simulate production materials as that is what they will be eventually manufactured from.

A number of different parts were needed with each one having different requirements. This meant a range of processes were used, and numerous departments involved. Benn, who previously worked for an industrial design consultancy, approached Ogle as he knew about its experience in prototyping and he was keen to use a company close by.

“This machine meant people could learn to row properly on dry land, which means saying hello to the muscle groups you use on water, feeling them engage, while also improving their cardiovascular health and building their confidence,” Benn explained. The concept involved designing a machine that floats and rolls, simulating the feeling of the boat deflecting down into the water. Made properly, Benn envisaged the machine would help users to engage their core, improve balance and get their heart rate up.

“We want to educate people, making them aware that rowing is the absolute best form of exercise and it’s possible to get a low-impact full-body workout just from using one machine,” Benn said.

However, in the pre-production stage FloatRower™ prudently chose not to commit to production tooling and parts until the equipment was fully tested. “Commercially and for speed, we wanted to make as near to prototype production parts as possible, using a similar process and simulation materials – with the same properties,” Benn said.

Due to the complexity of the idea and to achieve the multiple components required by FloatRower™ where each part had different requirements, Ogle employed a range of processes to deliver the closest to production parts. This included vacuum casting, SLS, CNC and SLA masters – and, of course, the painting and finishing.

Benn, Anthony and their team wanted to see exactly what their vision would look like and how it would perform, so vacuum casting from the SLA masters was chosen as a cost-effective and viable solution to achieve this. It was undoubtedly a complex project involving so many different parts, materials and processes, and a number of challenges were faced and overcome.
From there, regular communication between the FloatRower™ team and Ogle continued, ensuring all aspects of the project had been thoroughly explored.

Certain components, including the metal extrusions, were being produced elsewhere. This meant Ogle’s team needed the sheet metal work to be delivered before the castings were created to ensure that when they were produced, the fit against the metal work could be double-checked. This ultimately ensured that when it came to assembly, each part would fit perfectly.

With creating the SLA master and vacuum casting components, Ogle paid special attention to the surface textures required. This was particularly difficult to replicate when there were multiple textures and gloss levels on individual pieces, with both rubbers and rigid plastic materials required, but Ogle’s attention to detail allowed the team to create high-quality components. Communication was a key part of the project with Benn regularly speaking to the team and allowing Ogle to make recommendations.

Regular communication between the FloatRower™ team and Ogle continued throughout the rest of the project as everyone involved wanted to ensure all aspects had been thoroughly explored.

Colour matching played another important part because metal extrusions produced elsewhere had to exactly match the parts made by Ogle.

An intense few months of work was carried out and now the FloatRower™ is currently in pre-production. There are hundreds of people currently on the subscription list and the plan is to officially launch the product in 2021, when the Olympics are scheduled to kick off in Tokyo.

Benn said: “Ogle has a real passion for what we’re doing – they are getting more engrossed with the product and there’s been such open communication with them. I’ve been sending them images of the parts assembled together and FloatRower™ up and running.”

FloatRower™’s Founder and CEO Anthony Hamilton, added: “We’re very pleased to be building a long-term relationship with Ogle. The Ogle team have been going out of their way to help and give their opinion rather than just doing what they’ve been asked to do.

“They come back with really valuable suggestions and I’m happy to ask for their feedback because they do this every day; it gives us vital design information, and also confidence that what we’re creating will work. The whole point of using experts is to tap into that knowledge and experience, and we get all of that with the Ogle team.”

Matt White, Ogle’s Senior Sales Engineer, said: “It’s always an honour to work on a project which potentially could completely shake up an industry. We believe the FloatRower™ could be a real game-changer for rowing and show people what a fantastic sport it is, without needing water to practice on.”